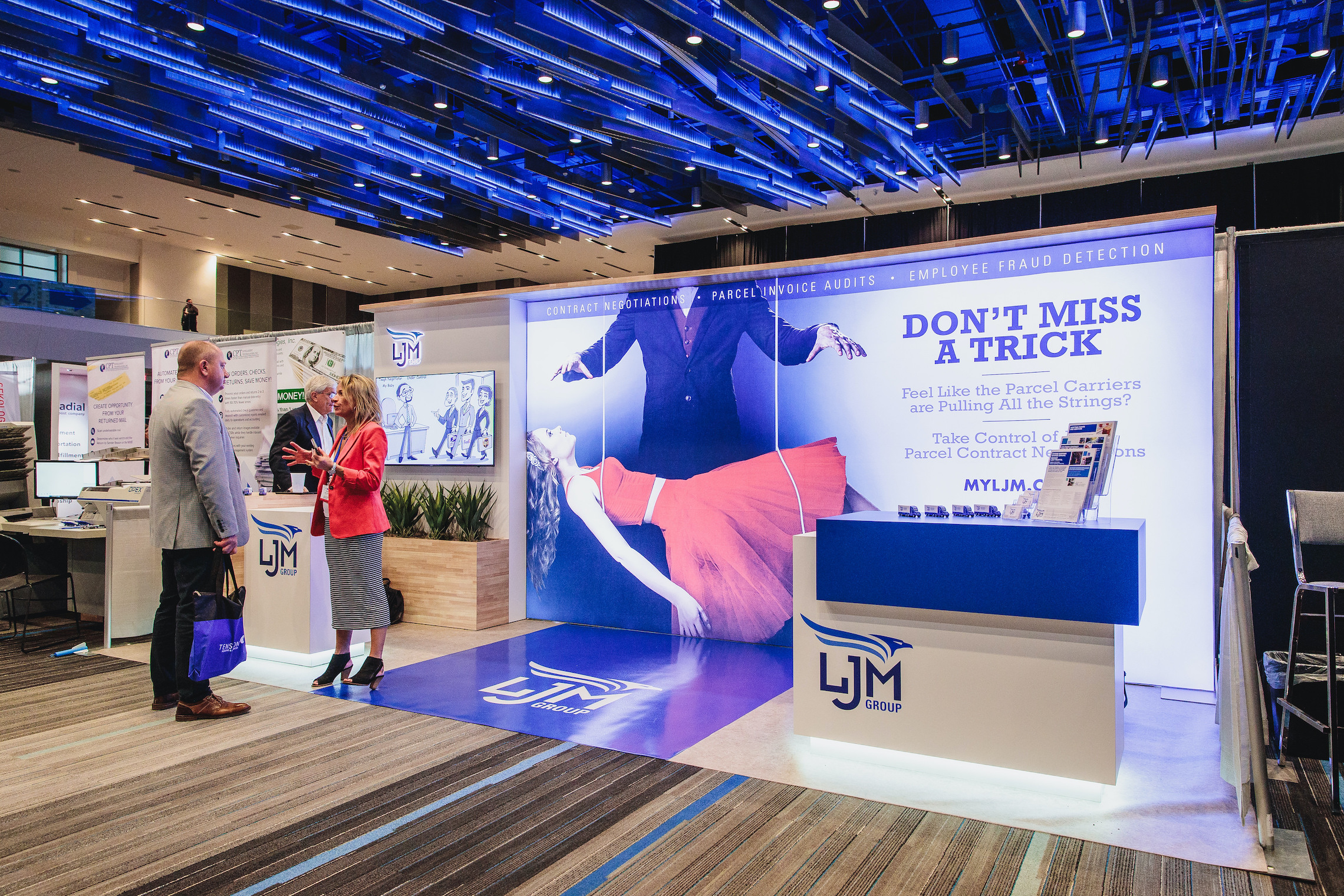 Trade shows often feature exhibits that will not only surprise you but can also be genuinely “mind-blowing.” Size alone doesn’t make a trade show exhibit memorable or mind-blowing. When you see one that is truly out of the ordinary, what is your reaction? What factors go into creating a booth that elicits the type of response that makes an exhibit genuinely memorable? And what confirms that you’re looking at something “memorable?” I might know.

I’ve been in the trade show industry for 40 years, and I can honestly say that there aren’t more than a handful of booths that I’ve ever seen where I can honestly use the “M” word to describe. I’ve seen awesome, fantastic, clever, overwhelming, cool, and so on, but “memorable” is a category of its very own.

Very early in my career, I attended a summer meeting of the American Society of Association Executives convention and trade show in Boston at the Hynes Convention Center. This experience opened my eyes to a whole new world of trade show exhibits as I’d never seen before. Cities like Chicago, New York, Las Vegas, and Los Angeles had a significant presence on the show floor. As you might expect, they also spent themselves into insanity with lavishly appointed island booths. But there was nothing there that was really surprising or overly unexpected until I saw the Miami booth. It stopped me dead in my tracks when I saw several large saltwater fish tanks with colorful exotic fish. These were fish like I’d never seen before. I just stopped and stared and said, “WOW!”

Where To Find It

You don’t have to go to the big shows like CES to find memorable either. Creativity is everywhere in our industry, as is excellence, but “memorable” is a whole different category of its’ own. But how do you know when you’re looking at one? I believe you can tell when you’ve found one, when the first word that comes out of your mouth when you come around the corner and see one is the word, “WOW!”

Wow happens when what you see is a total surprise. The surprise is the key ingredient. Memorable has to be unexpected. Wow occurs when all your senses are heightened spontaneously and simultaneously. Wow happens when there’s just too much to take in all at once, and you stand there speechless for a few seconds allowing your brain to catch up with your eyes. That’s when you know that you’re in the presence of “Memorable.”
Over the course of the last five years, Astor Group has been fortunate to have designed two booths that became Wow booths. Both of them have had that Wow factor, but for different reasons. How did we know? Let me tell you about them.

The first one was a 10 x 20 inline custom exhibit, which at the time I thought was pretty special. What tipped me off that it was “Wow” special, was when all the I & D labor crews in the hall that walk by, stopped and gawked and say; “this is the nicest 10 x 20′ booth I’ve ever seen,” and then asked; “Who designed it?” Keep in mind the labor crews see everything, and this kept happening over and over, city after city, and it also happened with attendees for approximately 20 shows that I attended while managing the set-up of the booth. What was so special?

Here’s what I think. The client was from Doha, Qatar. We were instructed to design something that was “opulent.” Opulent I exclaimed back to my client, I’ve never heard the word “opulent” and “trade show” used in the same sentence. Then I asked, “Does opulent have a budget?” She replied to me, “whatever it costs.” End of the negotiation!

Our custom design featured a majlis Mid-Eastern theme which incorporated:

We had another custom design and build opportunity within the healthcare industry in 2017. This was for HealthTrust Purchasing Group and Parallon Business Systems, both divisions of Hospital Corporation of America. This booth later won the Peoples Choice Award at the 2018 ExhibitorLive Show in Las Vegas.

What made this booth a Memorable Exhibit? Here are my thoughts:

For both clients, we provide trade show services on an ongoing basis for all their shows each year. It’s always a pleasure to receive the kind of praise heaped upon you that you hear at every show we attended with these clients.

Yes, there’s considerable room for interpretation when it comes to an adjective like memorable. It’s is very subjective, but for me, the fact that the “memorable exhibit” lightning bolt strikes so infrequently, tells me that my definition is probably pretty accurate.