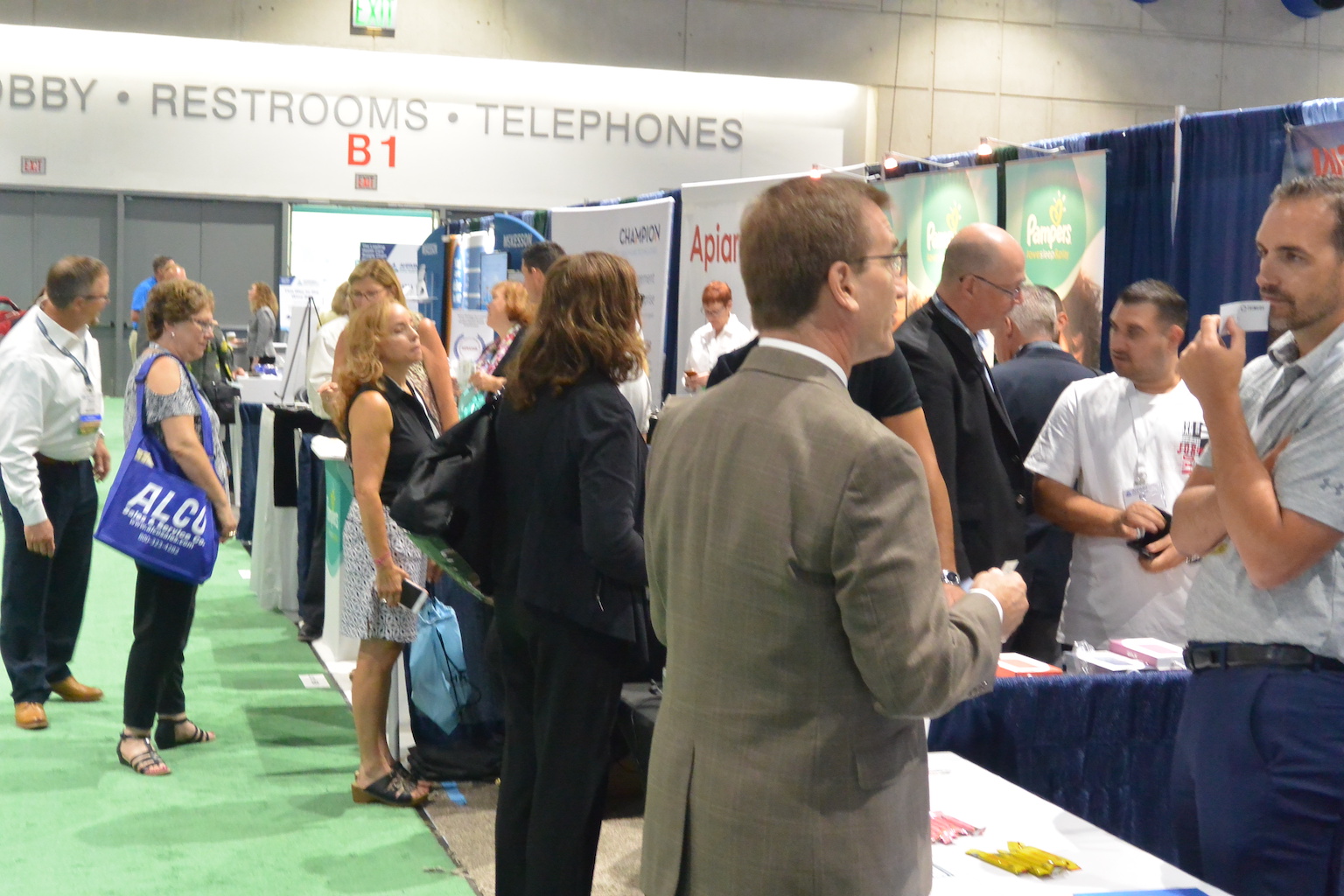 What Would You Give To Have a Fully Trained Sales Force Dropped Into Your Lap For Free?

Go back with me 26 years, before I knew anything about the Invisible Trade Show Audience, when I first exhibited in my industry’s premier trade show event. EXHIBITORLIVE is held every March in Las Vegas. It is the trade show for trade show people. At this event, manufacturers of trade show exhibits and related products such as graphics, lighting, and flooring, exhibit in hopes of finding new distributors to sell their products.

As an exhibit manufacturer, I proudly came with a whole new display system to present to distributors in our industry. It was a 20′ in-line exhibit, which included all the bells and whistles as far as accessories. As a new exhibitor with a relatively new company, I was the only person working in the booth, hoping to find prospects that I could turn into distributors.

On the first day, I was slammed with prospects from the very opening of the show to the last minute. Busy with opportunities, I noticed a gentleman with a beard standing off to the side, carefully inspecting the particulars of my booth. At the end of the day, he came over and introduced himself as Reed Sherwood. He worked for Optima Graphics in St Louis, who was also an exhibitor in the show. He, too, was looking for new distributors, however, because I didn’t manufacture graphics, he wasn’t a competitor of mine.

Our conversation lasted well beyond the close of the show. I learned that his company sold high-end graphics to retailers in the trade show industry. Over the course of his yearly travel schedule, he visited nearly every retailer of trade show displays in the country. To my amazement, he was a trusted vendor with the exact same audience that I was trying to reach.

It’s All About Relationships

The next day Reed came back and invited me out for a drink with a few of his industry friends after the show. I gladly took him up on the invite. What I didn’t realize then was that he was actually interviewing me to assess whether or not I was a generally reputable guy.

What is a Connector?

A few years later, I read the book, “The Tipping Point” by Malcolm Gladwell and thought back to that interaction. Reed was what Gladwell described as a “connector.” Connectors are individuals who are very social. They probably meet 10 times more people than I will know in my lifetime just by going about their everyday lives. As a result, they are able to build trusted friendships with nearly everyone that crosses their path. They revel in the fact that they assume a position as a trusted advisor to many of their acquaintances and don’t tend to ask for anything in return for their friendship or advice.

Now fast forward a month, I began receiving calls from Reed asking if I knew the person he had just visited with that morning. He told me that they weren’t happy with their manufacturing relationship, and had asked if he knew anyone reliable who made high-quality products. VOILA! I realize that I had just hit pay-dirt!

I can’t tell you how many phone calls I had with Reed that year. Every conversation was identical to the one I just described. Following his business trips to see his distributors, I would plan a sales trip of my own to follow up on his introductions. Over the next few years, that one encounter at EXHIBITORLIVE  really paid off. The distributors that he referred to me accounted for over 100 new clients for my company. I am no longer in the exhibit manufacturing business. However, the lesson I learned that day will always stick with me.

The Invisible Audience Was…..

An Opportunity for You?

Are there distribution channels similar to mine that could potentially work for you? My advice is to examine the supply chain within your own industry. There might be individuals who call on the same prospects as you do who aren’t your competitors. If so, reach out to them! They could change your world overnight like Reed changed mine.